Transcription is a translation between forms of data, most commonly to convert audio-visual recordings to text in qualitative and quantitative research. It should match the analytic and methodological aims of the research. Whilst transcription is often part of the analysis process, it also enhances the sharing, disclosure and reuse potential of research data.
Full transcription is recommended for data sharing. 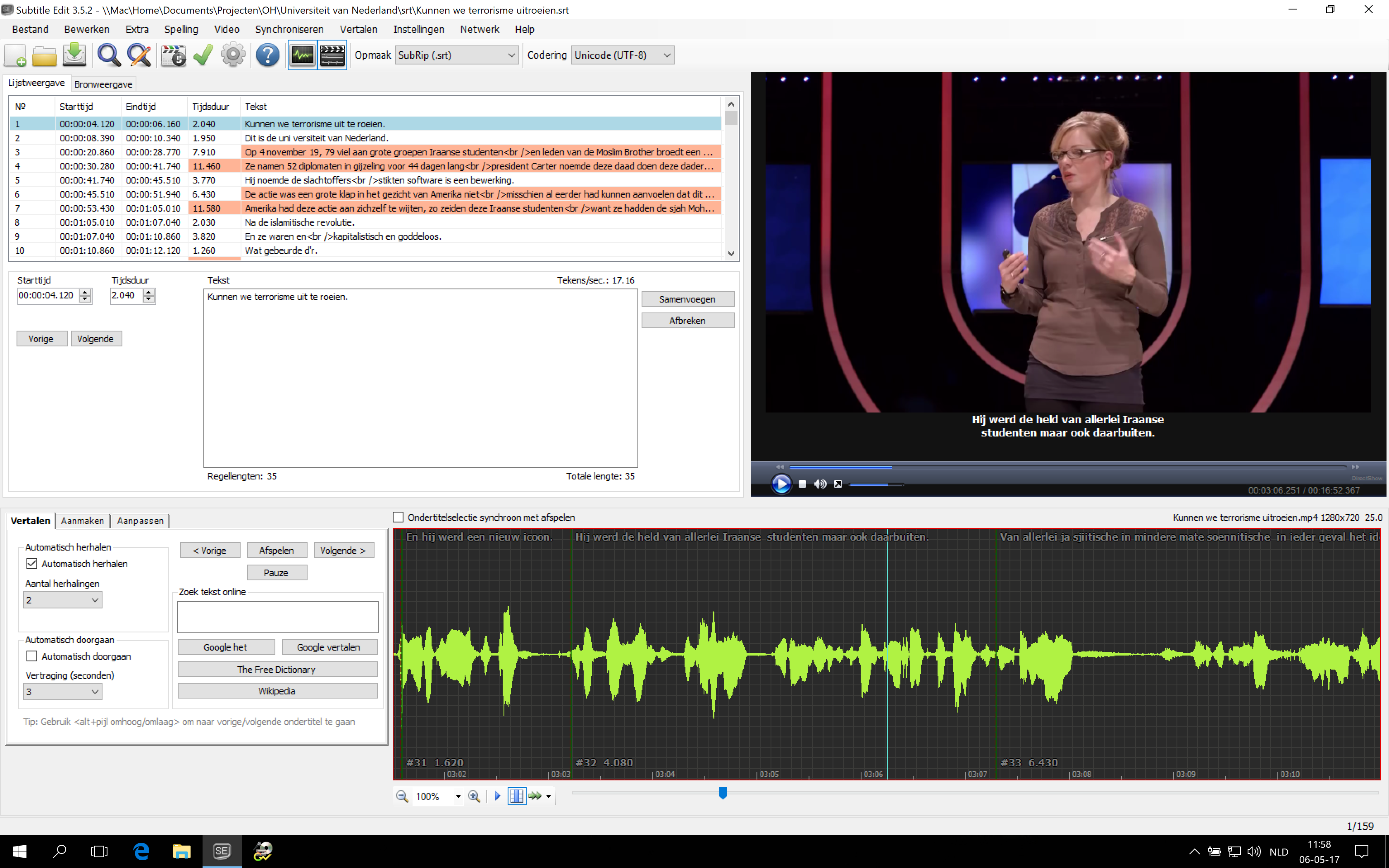 Screenshot of the manual correction (in SubtitleEdit) of the transcription that was generated with a (Vocapia) ASR-engine.

If the transcription is done with ASR or Forced Aligment, each transcribed/spoken word will automatically get a start- and end-time. This makes it possible to access the AV-files directly on the word-level: clicking the selected fragment in the search window may result in playing that fragment aloud.

Transcripts contain (a lot of) information that can be parsed by computers and humans. Human parsing is robust for small errors but computer parsing is not.
The content is therefor best written in XML (or JSON) using UTF-8. XML enforces a structured way of storing the the data, making it possible to unambiguously parse the transcripts with a computer.

Storing the transcripts in a text-editor format (e.g. docx or pdf) is therefor not recommended. Small, nearly noticable, errors may disable the parsing of the transcript. For example by using a less suitable font: Rl and RI look the same when using the helvetica-font (but clearly different when using the courier-font Rl and RI).
The same is true for the use of a hard-return (RETURN) and a soft-return (SHIFT-RETURN). For the human eye it looks the same but not for a computer, so parsing may go wrong.

When presenting the transcripts, XSLT-files can be used to generate a human-readable document that

Finally, if the layout of the transcripts need to be modified, only one XSLT-file need to be changed (in stead of hundreds of word-files).

Use of transcripts in third-party software

When planning the structure of the transcription template, best practice is to:

Transcription methods depends very much upon your theoretical and methodological approach, and can vary between disciplines.